Mistress and friend fuck up guy

Lady Vampira found out that this guy has a small dick and she was hysterical about it. She called her friend and they tried to add to this guy's dick. They made him lay down and they performed surgery on him despite the fact that they had never even passed near a medical school. The guy was happy thinking that they were doing him a favor not knowing they were about to fuck hum up.

Jennifer prepares her trainee for glory

Jennifer is a wrestling coach. She is strong and beats men when she wrestles against them. She was coaching this guy for a championship match and wanted to make him as strong as herself. She made sure she did not go easy on him. She choked, harassed and humiliated him with her choke holds and leg scissors till she felt that he was prepared to go and bring glory to her. 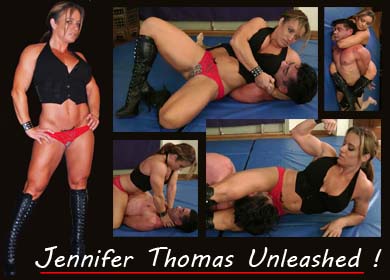 Lisa Jordan and her hypnosis prowess

Lisa Jordan likes to use her slaves as her pay pigs. She knows the best way to do it is to hypnotise them. And she knows how to wrap them under her finger and brain fuck them. When she has done this to them, she can ask them for anything and they will happily give it to her. It is no wonder she lives a great life despite not working.

Lady Darla did not like the fact that this guy was trying to break up her sister's marriage by trying to manufacture stories about him and her. She hunted him down and tortured him to make him stop it all. She tied him up cruelly and painfully and made him lick the soles of her feet before making him lick her sweaty feet and suck her toes. He apologized and agreed to stop.

Mysteria gives the worst torture yet

Madam Mysteria thought that this guy had disrespected her family. She is very protective of her family and can take any insults and attacks on her but not on her family. She took the guy to a secluded place and she tortured him like she had never tortured anyone in her life. She tied him up with his legs up in the air and inserted her high heels into his anus.

Princess Raquel and the best tits ever

Princess Raquel has tits that can cure blindness. They are so fine, so round and nicely big that looking at them can cure any eye disease. This mistress knows it and it is one of her weapons against men she wants to humiliate or those against whom she wants to have fun. She is schooled in the art of seduction and she is so great that no one can say no to her.

Amelia and her friend torture guy from the club

Amelia and her friend had an awesome night out. But this guy had tried to ruin it but somehow they had managed to contain him. He followed them and at first they wanted to call the cops on him. But they decided against it and instead chose to punish him. They took him home and in the house, they trampled him and ball busted him till he regretted meeting them.

Mistress Harley is one tattooed mistress. She also has big tits and likes to be known for being a good punisher. The tattoos make her look scary and she has made a career out of punishing slaves. There are mistresses who for some reason want their slaves to be punished by someone else and she does this for them. She has various ways of doing it and it depends on the mistake committed.

Amber and her awesome dungeon

Amber has a thing that other mistresses wish they could have. She has a dungeon and she uses it to humiliate and degrade her slaves. That is her torture headquarters. That is where she does all her punishments and it is where she feels most at home in her whole house. She also gets paid by other mistresses who want to humiliate and punish their slaves in her awesome dungeon.

Jasmina found this guy stalking her. He was trying to make money by selling her hot photos online. She was and lured him to her house where she unleashed terror on him. She tortured him and first of all got the money he had made before she made him regret ever stalking her. She used various techniques to choke her in an effort to send a message that his life was in her hands.